When To Upgrade or Replace Your Server: A Business Owner’s Guide 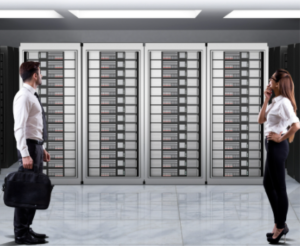 Businesses of all sizes must eventually upgrade or replace their servers. But, you might be surprised to find that you should even be thinking about a new server before your old one fails. You might be wondering, “What’s the point of upgrading or replacing my server if my old one still works?” The reality is, if your server fails, it’s already too late.

Instead, it’s better to get ahead of it. You can expect that a server upgrade or replacement will need to happen every 5-10 years. If you wait until they die, you risk downtime, lost productivity, and massive expense. Establishing a plan for routine replacement can help you avoid the issues that come along with failing servers.

So, when is the exact right time to replace your servers? Keep reading for A Business Owner’s Guide to server upgrades and replacements.

When to Upgrade or Replace Your Server

1. When it’s out of warranty

Most servers have a 3-year warranty that can be renewed every few years after its initial expiration. However, most manufacturers stop offering renewals after 7 years. If your servers are out of warranty, it can lead to expensive, out-of-pocket repairs. New servers come with a new warranty, ensuring your investment is fully covered.

2. When it’s past its useful life

Now you’re paying more money to repair equipment that doesn’t work as well as it used to. Old servers can be a real drag, slowing down productivity and simply costing you more money than they’re worth. Just because your server is running doesn’t mean it’s running at maximum efficiency.

In general replacing a running server is easier and less expensive than replacing one that has already crashed.

3. When the operating system is no longer supported

When the manufacturer stops supporting the OS on your server, it’s time to replace it. This allows you to have better performing hardware and a more advanced OS. The OS will take full advantage of your new hardware and you’ll be fully supported by your manufacturer again.

Running a server on an unsupported OS can lead to a variety of problems that can cost you time and money in the long run. Eventually, your servers will crash. Most businesses can’t afford that kind of loss. Click here to search for your product’s end of life date if it is running a Microsoft OS.

4. When it’s out of storage

The less storage you have, the slower your servers will perform. Continuously adding space or back ups can be time consuming and costly. Instead of trying to build on what you have, it might be time to upgrade to bigger hard drives overall. You’ll not only benefit from increased storage, but increased performance.

If performance has reached 70% of maximum, it’s time to replace them. The slower your servers are running, the more productivity you lose and the less money you make. A few minutes here and there waiting for your servers might not seem like much, but it adds up over time. New servers have drastically increased performance, which means less down-time for your business across the board.

6. When it’s nickel and diming you

All of these issues add up to lots and lots of money. If you’re pouring money into your servers every few months, you’re losing more money than your old servers are worth. You shouldn’t have to continuously spend in order to maintain your servers. New technology means less frequent and less expensive repairs and maintenance.

7. When you need to make other upgrades, too

If it’s time for your business to upgrade to new apps, software, or other technology, you might consider upgrading your servers at the same time. This gives your business a “fresh start” and can ensure all your technology is up to date, performing at maximum efficiency, and on the same maintenance schedule.

8. When it’s time to move to the cloud

Finally, maybe it’s time to simply ditch your servers entirely. You might consider moving your apps and data to the cloud and avoid the entire server purchase cycle altogether. Cloud-based storage offers an affordable, convenient solution and eliminates the need for warranties, maintenance, upgrades, and repairs.

Don’t Wait Until Your Servers Crash

No matter what, your organization should get used to replacing your servers every 5-7 years to minimize downtime and frequent issues. Get ahead of the game; don’t wait till your servers crash. The longer you wait to replace or upgrade (or at least formulate a plan), the more likely your chances of total catastrophe.

These ideas for upgrading and replacing also apply to your computers, too. Read our article here on how often they should be replaced and keep all of your equipment in the best performance.