Are YOU Prepared for the End of Windows 7? 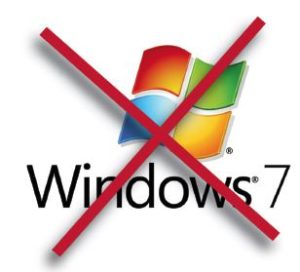 January 14, 2020, the world will bid a fond farewell to the beloved Windows 7 operating system. Well, sort of. Microsoft has declared that, after that date, it will no longer update or support the system. It’s the final nail in the coffin for a trustworthy, oft-touted software package that’s been running on fumes since newer versions hit the scene. And, as with any funeral, there are some arrangements to be made for the millions of businesses that have stuck it out to the end. Here’s everything you need to know about the coming changes – and what you should do now to prepare.

The End of an Era

The news of Microsoft closing down Windows 7 support may come as a surprise to some of us, but the operating system has been on its last legs for a while. In fact, Microsoft stopped adding new features and honoring warranties for the platform back in 2015. When 2020 comes, it will cease releasing patches and updates for good.

This doesn’t mean that Windows 7 PCs will suddenly stop working in January; you’ll still be able to boot up in the operating system if you keep it installed. But if you value your privacy, your data and your sanity, it’s time to upgrade.

Those Microsoft updates that pop up from time to time don’t exist just to annoy you; they patch security vulnerabilities and protect you against new viruses and malware. Without that ongoing support, Windows 7 users will become fish in a barrel to sophisticated cybercriminals looking for a quick buck.

That’s why it’s essential that you call in the professionals to prepare your business for the switch to Windows 10 – or an alternative operating system – now, not later.

It’s A Requirement, Not A Choice

Upgrading your operating system well in advance of the Windows 7 end-of-life date may seem like a decision you should make for your peace of mind, but it’s even more critical than that. Of course, as time leaves Windows 7 behind, it’s certain that pieces of software will steadily become incompatible with the OS. Programs your company uses day-to-day suddenly becoming unusable will present serious headaches, but the real problem lies in the security of your network.

Windows developers are in a constant arms race with cybercriminals looking to exploit vulnerabilities in their platform. Each patch brings a host of bug fixes and security upgrades, but cybercriminals almost always find a new way in. Thus, the developers hastily put together a new patch, and the cycle continues.

When an operating system loses support from these developers, its users are left completely vulnerable to hackers. Like maggots drawn to rotting meat, they flock to the abandoned platform and dig into the networks of those stubbornly clinging to the outdated OS. This process is expected to be especially nasty after Windows 7’s end of life, since so many businesses still use the OS and likely will forget (or refuse) to upgrade.

If you value your business at all, it’s not a choice. You need to upgrade before time runs out.

The End of an Era

Not only should you enlist your IT experts to facilitate the upgrade, but you should do it ASAP. As the clock ticks down on Windows 7, tech companies are expecting a flood of upgrade requests as businesses scramble to leave the OS behind before it’s too late. Many of these IT providers will have a lot on their plate later in the year as they hurry to upgrade hundreds, if not thousands, of individual PCs. If you wait it out, you’re likely to find yourself at the back of a long, long line, potentially to the point that you breeze past January 14 without a solution. If you do, you’re almost certain to regret it.

Every day, the need for an upgrade becomes more urgent. Give the task the ample time required, and avoid needless stress. Reach out to your IT provider and ask them to start the upgrade process today.

Enjoy this Article? Join the Conversation.

Think your business has what it takes to be the next Better Your Business Spotlight®?

Submit your business to our Review Panel for consideration to become the next Better Your Business Spotlight®!
Apply to be the Next BYB Spotlight
APPLY NOW 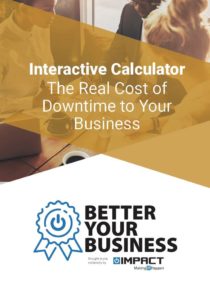 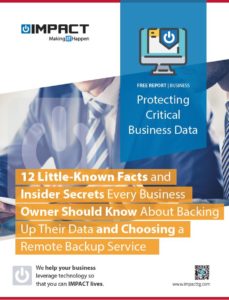